Ian studied painting at Wimbledon School of Art and gained a 1st Class Honours degree. After graduating he worked as a drawing office manager for several years which gave him the opportunity to develop his drawing skills. Ian has always been attracted to the urban environment, and loves the feel of a busy city. He paint very quickly and loosely, but it must happen within the context of an accurate drawing, which holds the paint in.

Ian is married with two children and lives near the coast in Hoylake, on The Wirral.HeI works from a light and airy studio overlooking the beach and often works on several pictures at once which enables him to plan the colours, and allows different ideas to bounce off each other. Ian works from photographs and on site drawings to plan compositions and draft out ideas. Part of this information gathering is travelling to different cities which is really important.

Inspiration for Ian’s paintings comes from visiting places, spending time there, meeting people and getting honked at by buses. Ian says “when I paints, the subject is just the starting point; it’s the battle on the paper that’s really exciting. Colours, shapes, lines and patterns are all jockeying for position, while the water flows within the textured grooves of the heavy Fabriano paper. This is what’s really exciting. The image will inevitably come through, sometimes in spite of my efforts, because it’s painting itself that really inspires me”. 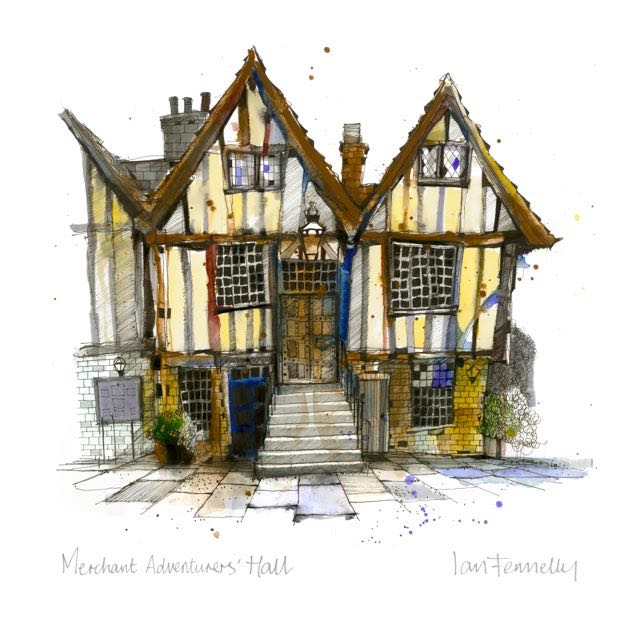 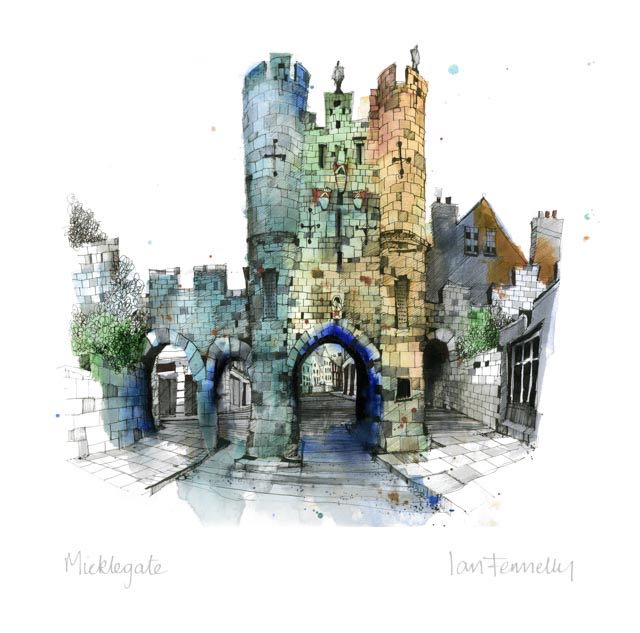 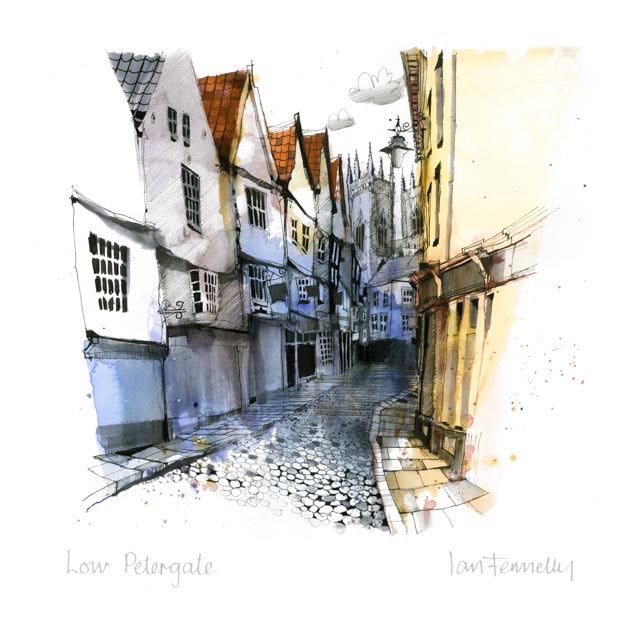 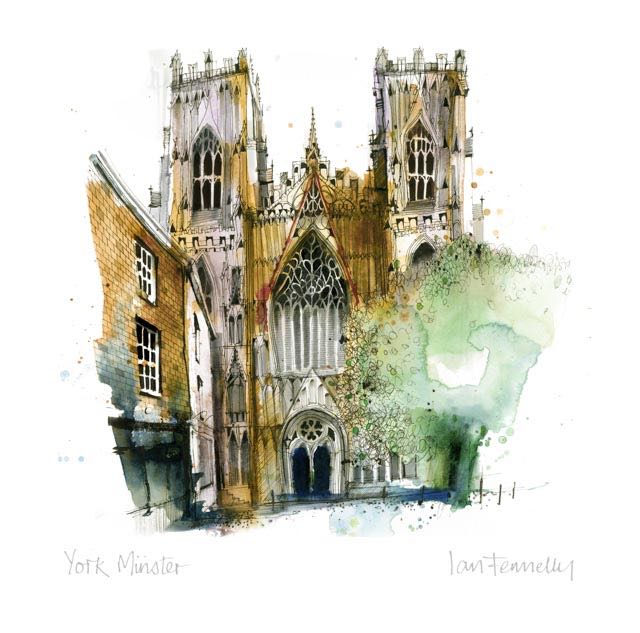 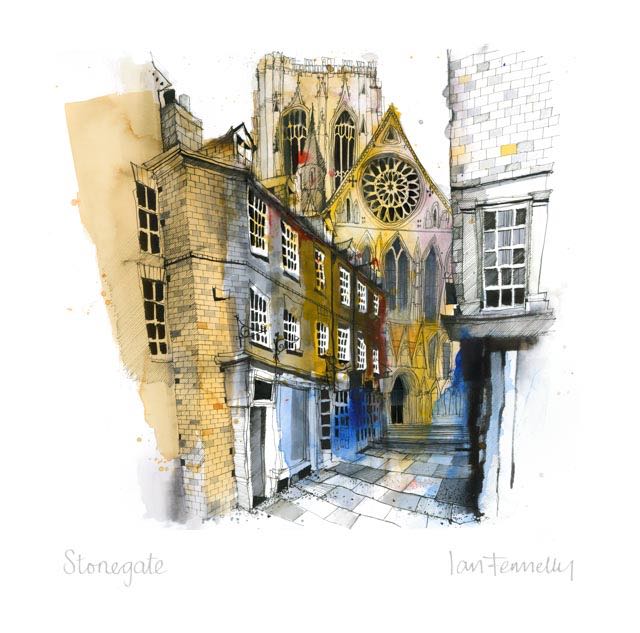